Antibody tests do not guarantee immunity 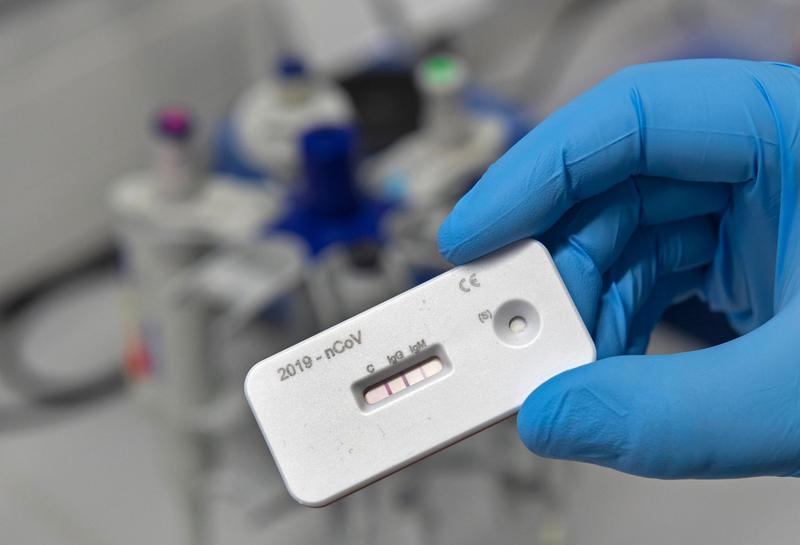 The prospect of “immunity passports” being issued to get people back to work has been dealt a blow after experts warned that antibody tests cannot guarantee someone is resistant to coronavirus infection.

Many governments and health bodies all around the world had said they hoped such testing kits — which show if someone has had Covid-19 and hopefully some form of antibody immunity — would play a vital role in helping to restore normal life.

But an increasing number of scientists are warning that such tests do not prove someone is protected from infection, and there remains no way of establishing whether those with antibodies can still harbour coronavirus in their system or are capable of passing it on.

The World Health Organisation (WHO) has indicated there may be reason to doubt the theory people who have recovered from coronavirus automatically have immunity.

The warnings from senior WHO epidemiologists that those who have been infected can be infected again has come as a setback to the many governments around the world who have factored antibody tests into their plans to ease lockdown.

Serology tests measure levels of antibodies in blood plasma. However, WHO epidemiologists have admitted they has not yet found one reliable enough to approve for use.

Dr Maria van Kerkhove, of the WHO’s emerging diseases and zoonosis unit, said: “There are a lot of countries that are suggesting using rapid diagnostic serological tests to be able to capture what they think will be a measure of immunity.

“Right now, we have no evidence that the use of a serological test can show that an individual has immunity or is protected from reinfection.”

Speaking from Geneva, she told a press conference: “These antibody tests will be able to measure that level of seroprevalence — that level of antibodies — but that does not mean that somebody with antibodies [is automatically] immune.”

However, she was at pains to point out that it was “a good thing” so many tests are being developed, in part because they will help establish how many people have been infected.

But Dr van Kerkhove cautioned: “We need to ensure that they are validated so that we know what they say they attempt to measure, they are actually measuring.”

Her colleague, Dr Michael Ryan, who leads the WHO’s Covid-19 team, said there was little evidence so far of “herd immunity” in populations exposed to the disease.

“A lot of preliminary information coming to us right now would suggest quite a low percentage of population have actually seroconverted to produce antibodies,” he said.

“There’d been an expectation that herd immunity may have been achieved, that the majority in society may already have developed antibodies.

“I think the general evidence is pointing against that, so it may not solve the problem governments are trying to solve.”

Dr Ryan said the tests also raised the prospect that those who felt they were “seropositive” — who had been infected and so were protected — may in fact be susceptible to the disease.

“There are serious ethical issues around the use of such an approach and we need to address it very carefully. We also need to look at the length of protection that antibodies might give,” he said.

The WHO is expected to issue updated guidance on the issue tomorrow.

Repeating the point, Prof Karol Sikora, chief medical officer at Rutherford Health, a private firm which runs private cancer centres, said yesterday he was convinced immunity passports would never be used because people can combat the virus with other immunological responses, not just antibodies. He said he obtained South Korean antibody test kits that were used on 94 staff at his oncology centres which found 7.4pc had had coronavirus.

“Immune passports almost certainly won’t ever be used because there are other perfectly good immune system responses that can come into play,” Prof Sikora said. “Developing a system where you have the antibody so you can travel freely around the world isn’t going to work.”

FeverScreen is a featured business on Links Bull.